Superheroes is a concept that can be understood cross-culturally by children and when I showed my girls the promotional video on Facebook, they were immediately engaged. Of their own accord, they found their “Mega Mindy” masks and re-decorated them with their inital and glitter!  They asked me to take a superhero photo to share and tried out their poses. 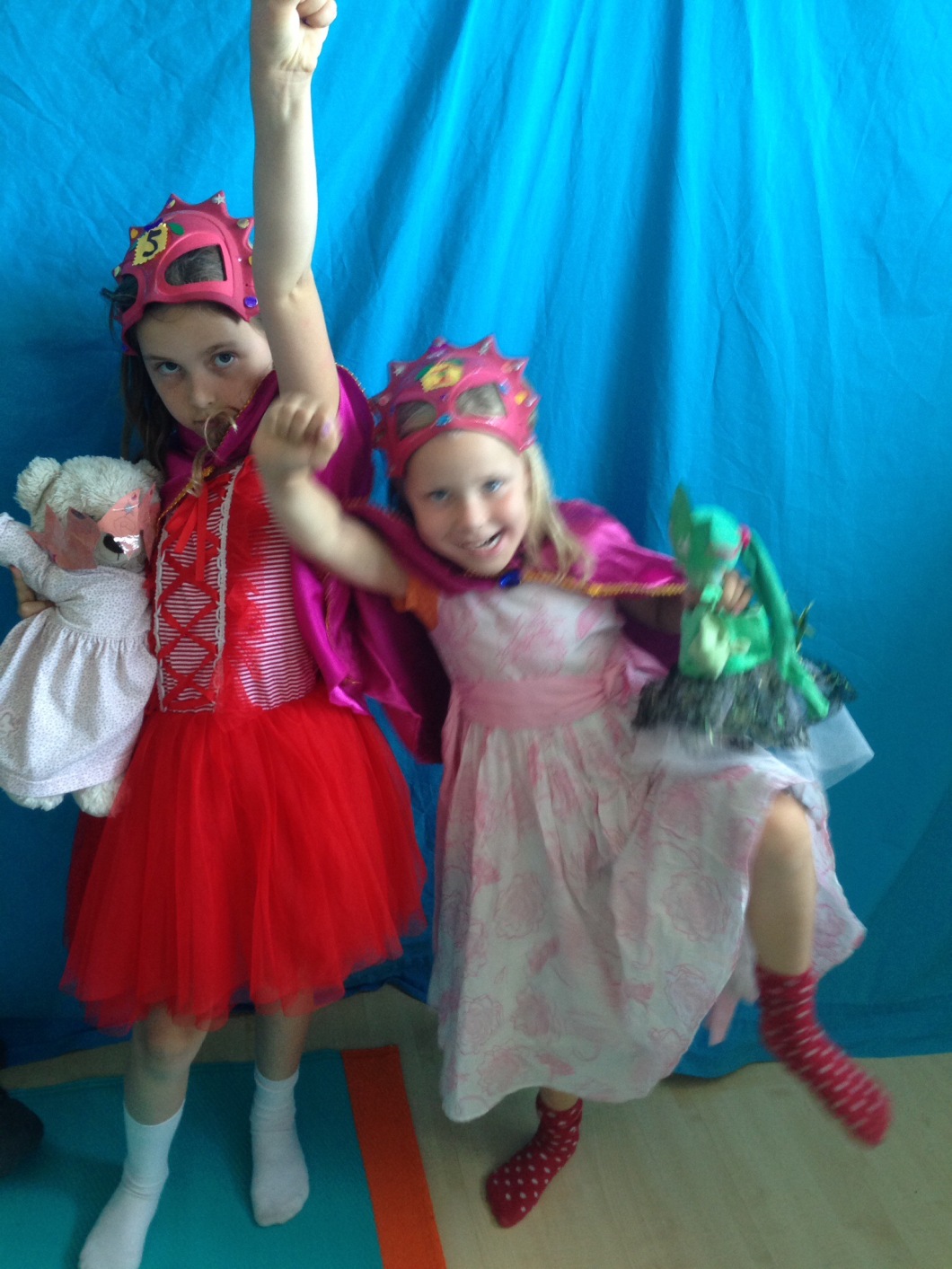 We arrived at the airport in plenty of time on Thursday morning for our flight to Manchester.  The girls had even made masks for their favourite toys.

Children who dress up are given a neat bag with two coupons – one for a small surprise gift at the toy store and one for 5 euros food/drink discount.  All children, dressed up or not, are offered a mask from the roaming superheroes at the airport (you can easily spot them by their capes!).  The promotion runs until 21 August 2015.

My girl’s enthusiasm paid off and we actually were chosen as the “Superheroes of the Week”!  The girls had photos taken with another superhero and we got to ride the cool airport car:

They also were allowed to choose any toy they liked from the toystore.  Wow, what a start to the holiday!  It was very handy having a taller superhero with us to help the smaller superhero check out stuff from the top shelf:

We were also treated to breakfast and a cockpit visit before take off!

A big thanks to Schiphol for organising such a fun campaign to make the start of our summer holidays super special.